Running during the pandemic

This corona virus pandemic has changed the world in so many ways that the days of hugging one another, dining in crowded restaurants, flying all over the world on crowded planes and through even more crowded airports, going to crowded theaters and concerts, running crowded races seem like a dim memory.

A couple of months ago I remembered reading about this young man, in France, who ran a marathon in his apartment's balcony. Inspired by him, I decided to run one in the confines of my home's main floor. The chosen route was from the kitchen to the far room, a distance of about 60 feet, and back as often as it took to run 26.2 miles.

I wound up with 26.5 miles with stops in the middle to cut veggies ( :-D ) and eat or drink something.

The following weekend I decided to up the ante and run a 50K in the same vein. Mission accomplished again.

One weekend evening, while watching "Bridgerton", I ran 6 miles around the dining table in the living room.

(Running around the dining table)

Other than those three runs I have done runs, along with Kim Whelan, in Quicksilver Park (back in the summer and Fall), and along the railroad tracks in Cupertino/Los Altos.

My next goal is to run 40-45 miles, either on the tracks in West Valley College, or at home. 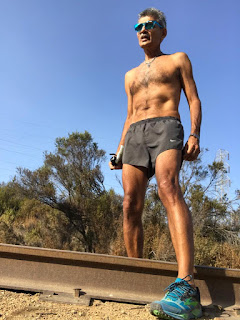 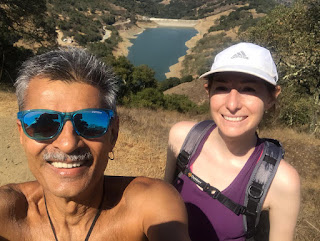 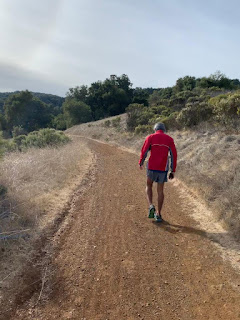 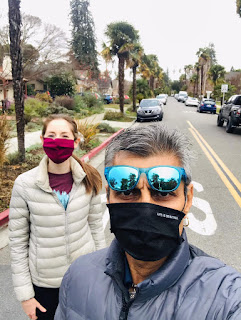 way to go! keep it going 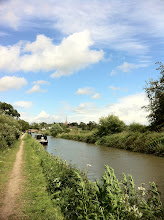